The Transnational and pupil mobility meetings in Alzano-Italy were held from 19th till 23rd of October 2015. All groups arrived on Sunday 18th and left on 23rd/24th.

20 students from Spain, Latvia, Poland and Croatia were hosted by Italian students and their families. 24 teachers found accommodation in Bergamo.

On the first day, at 9, all participants met in the hall of Liceo Scientifico “Edoardo Amaldi” to start the week by introducing each other through videos and slides. The greeting session was short since, as it is the Liceo style, when students are involved in such activities they are the protagonists, therefore they were willing to show our guests what they had prepared for them.

An interesting power point presentation was shown about the city of Bergamo, its history and territory, which varies from gentle hills and the Alps to valleys and lakes. Traditions and festivals, together with food and cuisine, were also part of the video, which was made by the students (aged 17-18) from different classes involved in the project. The second part of the video focused on some important school projects, selected by the students among the many that our school has been involved in over the years: the ones chosen referred to many themes/aspects of Italian life and culture our students are often asked to think about and work on, as a precious way to help them build up their own vision of the world.

Then it was our guests’ turn to introduce themselves. The Italian coordinator had asked foreign students to choose any city in their country, their capital city maybe, or a monument that according to them best represented their country from the artistic point of view. So Daugavpils and Warsaw, Split and Dubrovnik were shown with interesting descriptions and explanations. The Spanish students selected a monument in Barcellona, “Sagrada Familia”, and explained it from the architectural point of view. That was a good start to better know each other and our own culture and history.

After a coffee break students and teachers were divided into groups. All students were busy with ice breaking activities in the school hall: in turn, through games and fun they practiced English, discovering new words and having to mime others to the group. The teachers were first greeted by the headmistress, Mrs Pergami, and then started their transnational meeting focusing on CLIL lessons the group had prepared during the first year of activity.

In the early afternoon, both students and teachers had a sightseeing tour through the Upper Town in Bergamo. The kids were divided into smaller groups and the Italian students acted as tour guides, explaining the most attractive parts and monuments of the town. The Italian teachers, Mrs. Ilaria Tirloni and Mr. Marcello Ragazzi, were with them. Then, all guest students spent their time together with Italian students and families.

On Tuesday morning students were busy with SCIENCE and scientific experiments on light, light refraction and rainbows. Being a “Liceo scientifico”, our school offers the students many lessons in Science, Maths, Physics, Astronomy and Chemistry, therefore workshops were organized by some students and teachers (Mrs. Chiara Ruscitto e Mrs. Francesca Peliccioli) on an experimental base: learning from a direct experience and in small groups, able to use scientific tools, to measure, to carry out analysis and draw conclusions, is easier and more fun. Then, for 2 hours, students were tested with Mrs. Tirloni (who used one Art history lesson: “Picasso”) and with Mrs. Anna Sulek ( Rationalising the denominator) and Mrs. Iveta Nikolajeva ( Triangles) in Maths . The aim was to test a lesson prepared by someone else and verify if this could be used by everyone.

The lessons to be tested had been selected by the teachers who took part in the transnational meeting, whose aim was to focus CLIL methodology and CLIL lessons. Teachers assisted to the process of testing and at the end they came to the conclusion that a form was necessary to objectively evaluate the lesson both from teachers’ and learners’ point of view. That will be created in the next days.

After lunch students and teachers went to Brescia. Besides giving our friends an idea of the scientific approach that characterizes our liceo, we wanted to offer them more about art and culture. Brescia, a nice city 50 kms from Bergamo, eastwards, gave us the opportunity to show how a town has developed its plan and structure over the centuries, from the Middle Ages and the Renaissance to nowadays. An overall view of the city from the castle hill gave students the possibility to see the surrounding landscape, formed by hills, mountains and plains. They were accompanied by Mr. Marcello Ragazzi, the art teacher who explained interesting aspects of the town, and Mrs. Raffaella Bianchi.

On Wednesday morning all students were given a nice Science lesson based on the use of microscopes given by Mrs. Stefania Martignone: “Life in a drop of water: from molecules to organisms”.

Then, the Croatian and Spanish students were given an art lesson in Italian by Mr. Marcello Ragazzi about Milan, while the Polish and Latvian ones were shown a video about the city in English. Later, the last lesson of the day was on “Cultural heritage: what it is and why we should preserve a culture “ by Mrs. Tirloni.

The teachers worked on the results of CLIL lessons tested the day before and came to the conclusion that the plan and contents of these CLIL lessons are satisfactory, although the testing process should be carried out in each country and with a specific group of students. The Erasmus group was too different in abilities, competence and probably motivation so that some students weren’t particularly active and didn’t pay too much attention to what was going on. It was also pointed out that some other lessons could be created by using a larger variety of formats (more power point lessons for example), to offer students more options, maybe in line with their attitudes and needs. Teachers also agreed on what to prepare for the next meeting in Split: a to-do-list was created to fix each school’s tasks, in particular concerning the creation of CLIL lessons in Italian, Spanish and Catalan with these languages as L2 for foreign students, level B1. Students will have to prepare a video about their daily routine at school, to be presented in Split.

Teachers also evaluated the work done so far and planned the next two pupil mobility meetings, one in Split 24-30 January 2016 and one in Warsaw 6-12 March 2016, and the meeting in Dubrovnik in early May.

In the afternoon the students took part in the volleyball tournament which had been organized by a Ph.E. teacher from our school (Mr. Alberto Cortinovis). The activity seemed to be the occasion to make the spirit of the group even stronger and for some students to play the different matches as if they were in a world competition, so great were their enthusiasm and commitment.

A great pizza party was organized in the evening to enjoy this fabulous Italian dish, known all over the world, all together!!!!!

On Thursday we all went to Milan, this important city in the north of Italy, 50 kms from Bergamo, westwards, with Mrs. Bianchi and Mrs. Tirloni. A long day was ahead of us and we had to leave very early in the morning if we wanted to see and do everything which was planned. Our program was very intense: visits to the main monuments such as the Castello Sforzesco (where we had the chance to see the famous “Pietà Rondanini”, the famous marble sculpture Michelangelo made in 1552), the famous “Duomo” with the golden statue of the Virgin on the top of the main spire, symbol of Milan, then Scala Theatre and “Museo del Novecento”, where in small groups and with audioguides students and teachers admired great examples of “Painting in the XX century”, in particular Italian Futurism.

However, after so much art, we also wanted our guests to get an idea of the great event called EXPO, FEEDING THE PLANET: opened in May till 31st of October, we didn’t want them to miss it, therefore at 6 p.m. we entered the site where countries from all over the world had organized their pavilions to reflect about food, hunger, possible solutions to create a sustainable agriculture and give access to food to all people on earth. Our day was over at 11 p.m., when we came back to Alzano, all exhausted but with good memories and feelings in our hearts.

On Friday there was the final session for all guests and hosts. They were given a lesson by the English teacher Mrs. Monica Pedretti about the history of tattoos and then they all started to work on a photo tour of the week spent in Alzano. Divided into 4 groups they focused on the artistic aspect of their visits to Bergamo, Brescia, Milan the city and Milan EXPO.

The final act, very cheerful and touching, was the delivery of the Certificates of Attendance to each participant in the Alzano week.

The Italian Erasmus group would like to thank all the students and teachers for their participation in the project work and willingness to open themselves to our culture and daily life. A special thank goes to the 20 Italian families who with enthusiasm hosted our guests. 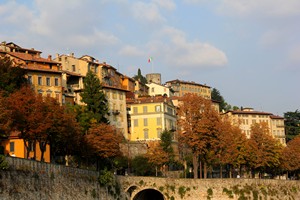 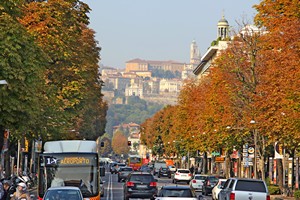 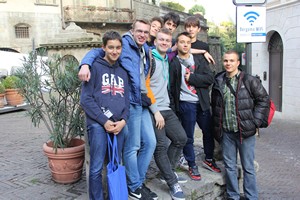 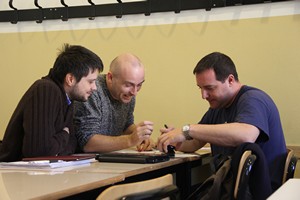 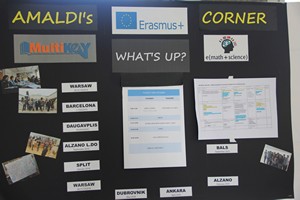 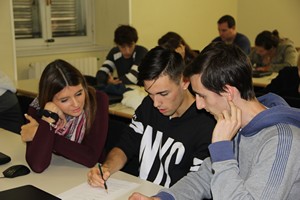 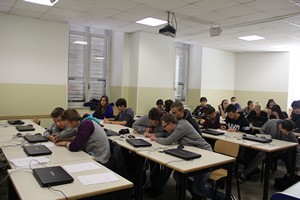 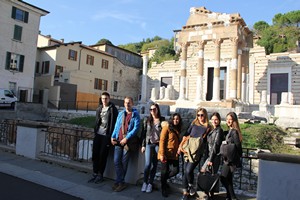 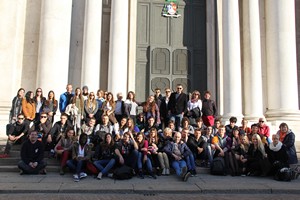 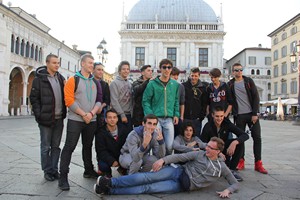 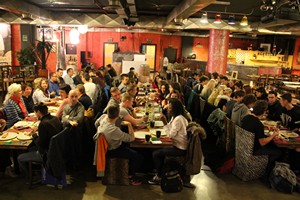 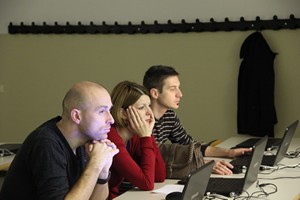 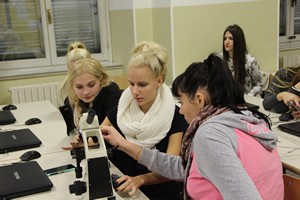 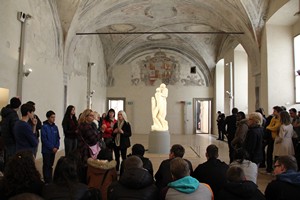 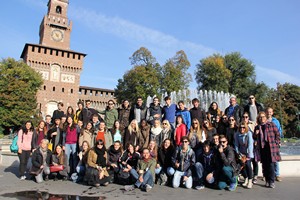 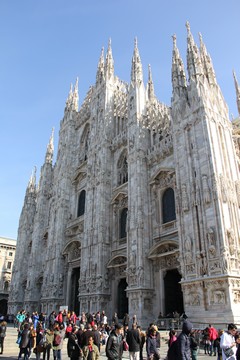 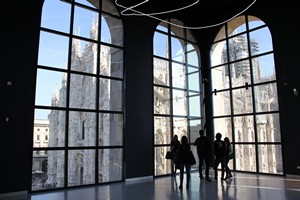 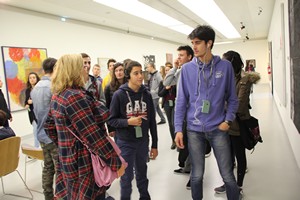 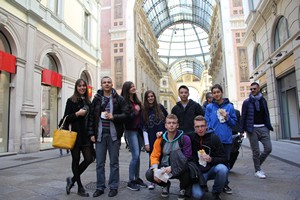 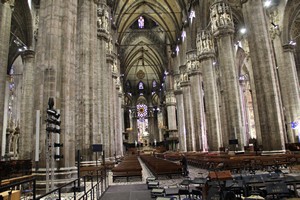 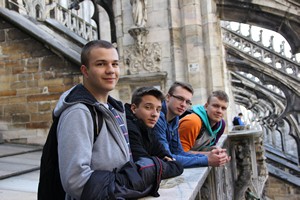 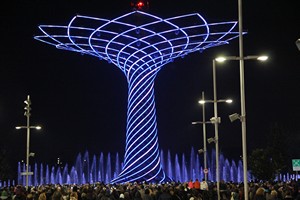 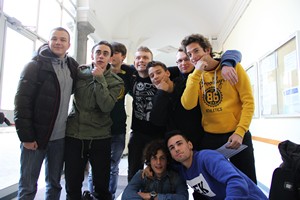