As of the 6th of March we had a unique opportunity and a great pleasure of hosting for one week 36 guests from 5 European schools from Croatia, Spain, Latvia and Italy.

The first day at our school started with a welcoming session to greet the guests and to introduce each other through videos and slides about the places the participants come from. The Polish students presented selected projects they worked on during the current school year. After very interesting presentations from each country the Polish students took the responsibility of showing the guests around our school . Following a coffee break teachers and students worked separately. The school gym was used for ice breaking activities with students. There were many opportunities to know each other, to discuss hobbies, schools, friends and plans for the future. The young people worked in mixed groups, in which they solved puzzles, unscrambled quotes about friendship and took part in some sport competitions. The winners were rewarded with small gifts. At the same time teachers attended a lecture delivered by Elżbieta Gajek, a senior lecturer at University of Warsaw. The expert in methodology of teaching English talked about computer enhanced teaching and learning solutions. Following the lecture, teachers worked on the project lessons evaluation. When the activities at school finished, both teachers and students headed for the Royal Route to meet our tourist guide. During the free hours' tour the participants gained considerable knowledge about history of Warsaw and significant figures for Polish history. The next day the students utilised that knowledge playing a city game. Monday finished at the Old Town, at Zapiecek restaurant, where both teachers and students could enjoy the traditional Polish dishes like dumplings and beetroot borscht.

The second day of the project started with CLIL workshops for students. At the same time teachers discussed CLIL methodology. The lessons for students were about famous Poles: Fryderyk Chopin, a musician and composer and Maria Skłodowska - Curie, a scientist and twice the Nobel laureate in chemistry and physics. As the 8th of March was International Women's Day, the project participants were invited for a concert organised and delivered by our school music band. After the concert, in good spirits, students walked to the Old Town to play the city game, while teachers went to visit the National Museum. During the city game students worked in mixed groups, moved around the Old and New Town according to the clues in the game instruction and discovered the history and legends of the place by themselves. As it was designed as a competition activity, the group which scored the most points was awarded at the closing ceremony.

The 9th of March was devoted to Fryderyk Chopin. The CLIL art and history lesson was organised in The Museum of Fryderyk Chopin, where it was possible to see exhibits connected with life and works of the great composed and delight in listening to a chosen Chopin piece. Following the exhibitions, the participant visited the place where the heart of Chopin was buried after his death - the Holly Cross Church and set off to Żelazowa Wola - the birthplace of the musician.

The last but one day started with CILI lesson at Copernicus Science Centre, where everybody could carry out experiments and discover the laws of science. After lunch in the museum, teachers went to visit The Royal Castle and the Jewish Museum, while pupils came back school. They worked on a project. The aim was to prepare presentations for the following day. Student could choose between two topics: " My week in Warsaw" and " What I have learned in Copernicus Science Centre". In the evening teachers met for dinner in the Old Town.

The last day of the meeting was spent at school. In the morning students attended IT CLIL lesson about computer organisation and functioning. Teachers worked on final evaluation of the project. Then all participants took part in a competition, a quiz about Europe. The show was organised by the second grade students, who wrote software, prepared hardware and led the game. In the break between semi-final and final, there was a short performance delivered by our school magician - a second grade student. After the high-spirit quiz game, the winners were announced, awarded and the guests were invited to take part in the next school event. "The European Day" is organised annually by the first grade students. They prepare stands about various European countries with national symbols, famous people, landmarks and knowledge quizzes. All school community and the guests had the rights to vote for the best display. The winners were announced during the closing session. Then, after a short break, students presented their posters and slides about their experience of Poland and participation diplomas were awarded. The last point of the closing ceremony was a big surprise - the teachers sang and danced a Croatian song. Then, all project participant went for a joint lunch.

The transnational meeting in Warsaw passed quickly and in great moods. There were lots of learning, sharing knowledge, experience and having fun together. We would like to thank all of you for the time of interesting talks and meetings. 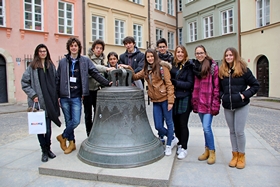 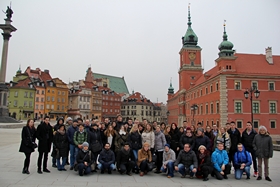 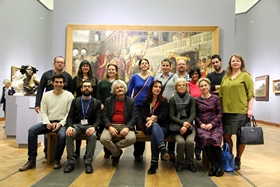 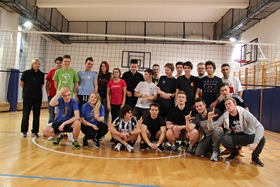 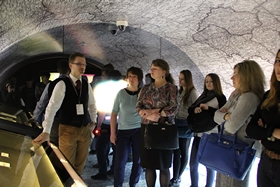 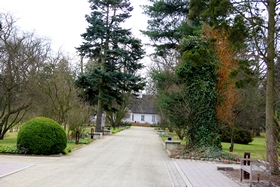 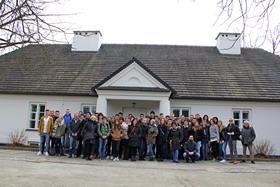 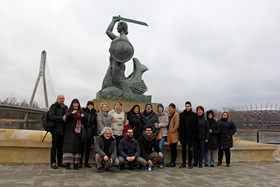 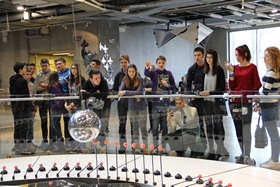 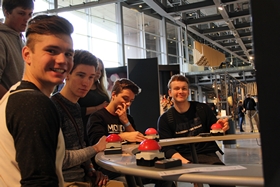 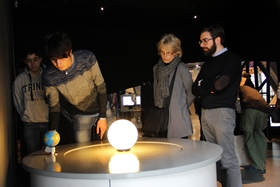 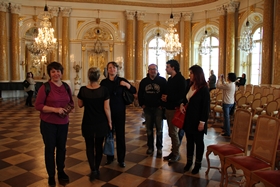 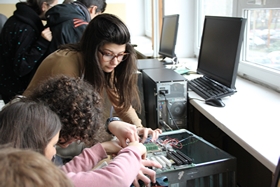 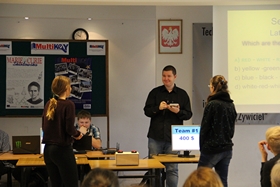 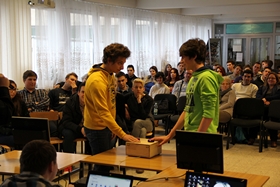 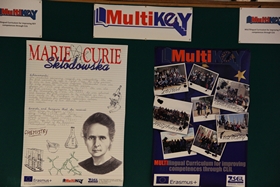 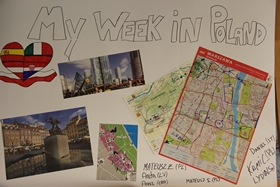 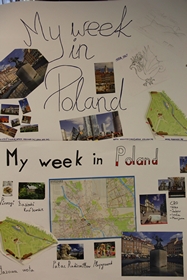 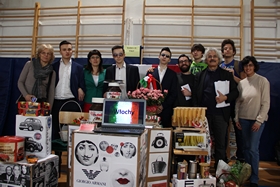 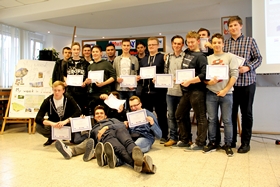 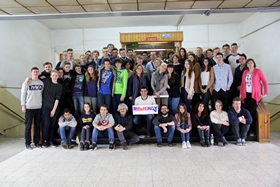 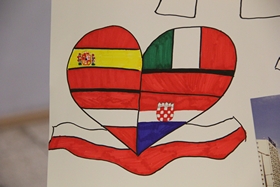 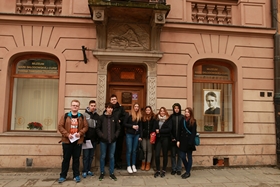 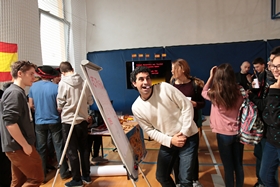 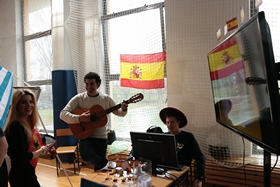 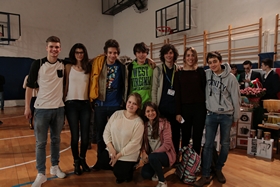